Are there conventions that focus on LEGOs?

Several conventions started up a few years ago, and now there are many dozen all over the world. One example is Bricks By The Bay which is in Northern California each year. Here are some others PhillyBrickFest.com, BrickWorld.us, BrickFair.com, BrickCon.org, BrickFiesta.com.

How many Legos are made each year?

Approximately 60 Billion Lego bricks are made each year which is enough to reach all the way to the moon, and half the way back to earth!

How many Legos have been produced ever?

About 600 Billion as of July 2015 have been produced. Enough for every man, woman, child, and grandparent to have an average of 83 pieces each (but I bet you might have more than 83 pieces).

How long does it take for a Lego to decompose?

Why are Legos so popular?

The Lego Group has done an amazing job creating interchangeable pieces that simply snap together and apart with no need for glue, enabling very young and experienced builders alike, to assemble amazing models. Lego Mindstorm (robotics) expands this capability even further, allowing kids and adults to quickly build and program robots.

Why are Legos so expensive.

Legos are made of high quality materials to extremely tight tolerances, unlike knock off brands. Lego pieces can be loved, and relived, thousands of times.

How many Legos does it take to make a wall, or a real house?

A 7 feet by 8 feet wall would take over 69,000 tiny 2×2 bricks (so you should use larger size if you have them). To build a real house out of LEGO pieces would take 3.3 million bricks, if you want a nice 2-story home like the one built in England for the show Top Gear. See photos of the final result and when it got destroyed afterwards, here. (don’t worry, the pieces were reused).

Who can use mixed up Lego pieces or sets that I no longer want to save or store, and I want to simply donate instead of go through the hassle of trying to sell on Craigslist or eBay?

BrickRecycler.com can! We gladly accept new and used Legos. There are millions of LEGO fans out there looking to get “one more piece.” We either donate them, or at times sell pieces you provide, to help pay for costs.

How long does LEGO last?

There is no limit to how long LEGO bricks last, as they never decompose. However, as far as “being worn out” due to overuse is concerned, there is a limit, and Phillipe Cantin has the answer! By conducting an experiment involving a pair of 3X3 Lego bricks, he found that after being put together and taken apart for 37,112 times, the Lego bricks got damaged.

Which is the Most Expensive Lego Set?

If you are willing to spend a fortune on LEGOs, then go for the “Ultimate Collector Series Millennium Falcon”, which is both the most expensive and the largest LEGO set in existence, with a jaw-dropping price tag of $799.99!

LEGO Group is Focused on the Environment by: 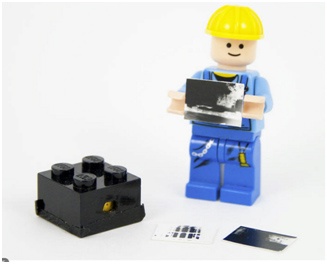